Overcoming Adversity – My Brother’s Half Marathon

On Sunday my little brother (‘little’ – he’s a fully grown adult and taller than me) ran a half marathon. 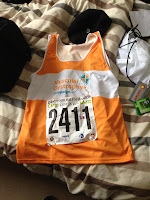 Those fitbods reading this will probably be thinking, “Pfft!  A half marathon?  Easy!” but for me, it’s hugely impressive as I think I’d struggle even to jog to the fridge without breaking a sweat.

But, even more amazingly, 12 years ago my brother was so poorly he was in a wheelchair.  To go from that to running a half marathon, in my view, is beyond special – it’s INCREDIBLE.

I won’t go into the ins-and-outs as it’s not my story to tell, but my brother was poorly from the age of about 5 and doctors couldn’t work out what was wrong with him.  He had numerous bloodtests and trips to both the GP and the hospital and I will never forget the day I heard them say it was possibly leukaemia.  My brother was one of the lucky ones and the results came back showing that it wasn’t leukaemia.  Years went by, he had even more tests and by the time he was 11, he was in a wheelchair and unable to go to school because he was so ill.  That’s when we finally got the diagnosis – he had ME.

ME is a horrible illness and one that people are sadly (and massively) under-educated about.  There are a lot of misconceptions about it and my poor brother had to face grown adults making all sorts of derogatory comments about/to him; accusing him of faking it and making it up.  It infuriated me, then aged 14, to hear people speak to/about my brother like that.  Did they honestly think that an 11-year old boy would CHOOSE to be in a wheelchair and CHOOSE to spend most of his life laying down?!  No, he was simply too unwell and weak to sit upright.

Thankfully, now most of the false comments and opinions about ME have been put right, but you do still get idiots making snide remarks about it.  To be honest, I will always put those people straight but I’d never get into an argument or debate with them – if somebody is that short sighted then I’m not going to waste my time or energy trying to get them to see sense.

Anyway, my brother now is much better than he was and leads a pretty much normal life – he’s a fantastic person with the biggest heart and a brilliant sense of humour and I think that perhaps going through what he did at such a young age is what has made him such a down-to-earth, well-rounded individual.

So, hopefully now you can understand why him running a half marathon this weekend is so amazing! 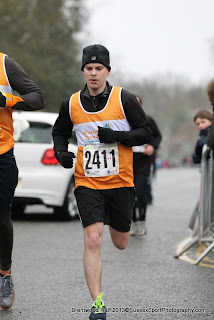 However, that’s not just it – he ran the half marathon with just two weeks notice (as somebody had dropped out and they were raising money for Muscular Dystrophy Campaign so needed an additonal person) so he had barely any time to train.  He tries to keep his health and body in good condition anyway so had done some running, but the most he had ever done is 10km (a half marathon is 21km) so he was a fair way off the total distance.

In the week leading up to the run he had the hideous flu bug that has been going round so he was unable to train as much as he had planned to.  We also had horrendous weather with rain and snow, and the day of the event was -4!  (Yeowzer!)

With all of those factors in mind – short notice so lack of training, the flu and nasty weather – my brother completed the half marathon with a time of 2-hours 23-minutes and 57-seconds. 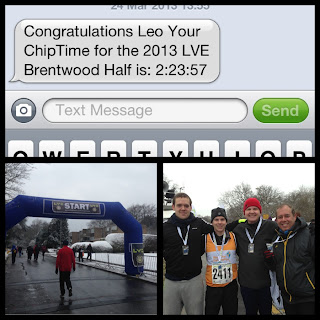 What a huge achievement!
I am THE PROUDEST big sister on the planet – bar none!

When speaking to my brother about the run, he said the thing that stood out to him the most was the kindess of the public.  Despite the conditions, the entire route (apart from the little country lanes) were lined with people cheering on the runners, clapping for them and handing out sweets to keep their energy levels up.  He is so grateful for that support and generosity. 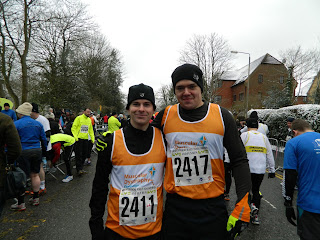 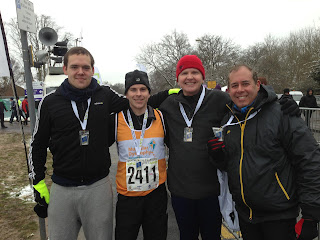 I wanted to write about this today not just to say how proud I am of my ‘little’ brother, but also to show what can be done with a little effort and, more than that, to show that no matter how bad times may be or how low you are feeling, there CAN be light at the end of the tunnel and happy, sunny days in your future.  My brother is the proof of that.

6 Months As A Vegetarian – Update

Celebrating My Cat’s Quirks With Whiskas

Got some thoughts? Share them here! (Please note, all comments are moderated so may not appear immediately) Cancel reply

Get 10% off when shopping at Candles By Katy with code: APENNYFORTHEM10