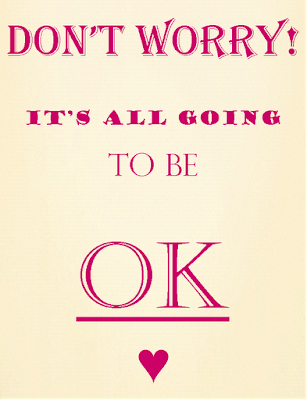 It’s GCSE results day here in the UK.  All over the country there are young adults queueing up for the dreaded envelope that tells them how they’ve done in their exams.

Ask anybody and they’ll tell you how scary it is, first of all waiting for the results, then opening them.  There’s a sense of your future literally being in your hands; your future in that envelope.  Will you have got the grades needed to take your education further or to get your dream job?  Will you have got grades that will make your family beam with pride?  Or, have you somehow scored low grades?

For those of you that have done well, huge congratulations!  But, this blog post is for those in the latter case.  Those of you that haven’t done as well as you hoped you could, or perhaps as well as you should have done.  There’s many reasons you may not have got the grades you wanted – maybe you didn’t listen in class, maybe you didn’t do your homework, maybe you didn’t revise, maybe you were just too busy having fun to worry about your academic life, or maybe it just didn’t work out for you the way you hoped.
For those of you in that situation, I say this:
First and foremost, don’t beat yourself up about it.  What’s done is done.
Secondly, don’t panic.  Just because you haven’t got brilliant grades, it’s not the end of the world.
I’m sure you’re now reading this thinking, “Not the end of the world?!  How the hell do you know?!”  But, I do know.  And do you want to know the reason why I’m so certain it isn’t the end of the world?  Well… I don’t have any GCSE’s.  Not one.  Nothing.  Nada.  Zilch.
I dropped out of school aged 13 as I was being badly bullied.  Instead of transferring to another school, due to the depressed state I was in, I stayed at home and my parent’s taught me as best they could.
Unfortunately, it’s nigh-on impossible to take exams if you’re home-schooled.  Mum and Dad approached lots of different schools in the local area but none of them would allow me to sit my exams in their hall.  So, I had no choice, I couldn’t take my GCSE’s.
To cut a long story short, with no qualifications I didn’t think my life looked that rosy.  I thought people would assume I was stupid or that I was a waster as I had nothing to list on my CV.  So, I decided to do something about it.  I organised work experience for myself in different places – a week here, a week there – all voluntary.  It’s very rarely that you’ll find a company that will refuse free labour, and the time you spend there will look great on your CV.  Plus it shows initiative because you’ve organised it yourself.
I decided I wanted to go to college, but due to my lack of qualifications they wouldn’t take me.  So I phoned them.  And phoned them.  And phoned them.  And phoned them.  In the end, they were so sick of hearing from me that they called me in for an interview just to shut me up.  I went in there with a portfolio showing all the different things I’d been doing while I wasn’t at school – websites I’d made, poems I’d written, articles I’d had published in newspapers and magazines, plus letters of recommendation that I’d asked my work experience companies to give me.  That was enough to show them how serious I was and they allowed me to join the course.
Next I enrolled in an Evening Class to learn English Language and Literature.  Once a week I’d go to a local school in the evening and take these classes.  I’ll be honest, I hated every single second of it, but that was purely because everyone else there was 40+ and I was 16.  I was a total outsider.  But, I stuck it out, took the exams and obtained my qualification.
At the same time as doing all of this, I also had part-time jobs.  Don’t get me wrong, I was absolutely knackered.  I mean – KNACKERED.  But, it showed I was willing to work hard.
Now, I’m 27 and I hold a high-pressure, senior-level, responsible job (in fact, I’m the boss).  I’m so, so proud of everything I’ve achieved and I know I got where I am today through sheer hard work and determination.
Don’t get me wrong, there were times when I went out with friends, partied, got drunk etc., but the next day I’d pull myself together, get my head down and work hard.
If I can achieve what I have and get myself to the position I’m in now, you can too.  Bad exams results are horrible, I know, but don’t for a second think it’s the end of the world.  You can be whatever you want to be.  Exam results don’t define you, they don’t make you the person you are – YOU make you the person you are.
Take it from me, you’ll be fine, I promise.
Now go get ‘em, Tiger!
LilliesandLove xx

Got some thoughts? Share them here! (Please note, all comments are moderated so may not appear immediately) Cancel reply

…
What a beauty of a day it is today! ☀️ Bright

I remember being so nervous when we chose the fitt

Hands up if you massively overslept this morning!

I've finally done it! After months of umming and a